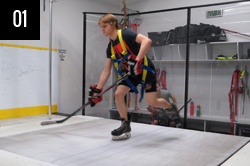 It is now a never-ending evolution of asking better questions, developing more precise measures, tightening efficiency and translating development into performance. Through the process of developing our 400 plus drills I have been able to identify a scalable skill list which are skill sets that are relevant through to the NHL. Too many players have skill sets that have a shelf-life, are highly effective at one level, but are obsolete at the next level. Players who aren’t developing along a scalable skill list path will find their roles diminish, their projection to ceiling and their growth rate towards realizing their ultimate potential stunted.

NEW SKILLS TO MAKE YOU A BETTER PLAYER

The AKHockey model provides a toolkit that reveals each players true identity, which is paramount in development. Many players believe their role on their hockey team is their identity, which is often not the case at all. Your role is relative to the assets available to the coach – and is often fluid depending on changing assets amongst the team. Players who can play the role assigned to them by the coach on the team, while maintaining their identity will have the most projection. The more authentic a players scalable skill list is to their identity, the greater chance the player has in fulfilling their potential. 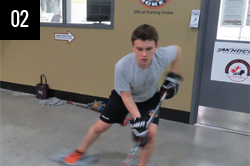 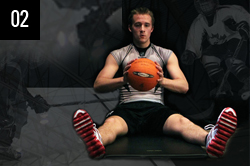 PROSPECT TO AN NHL PLAYER

Essentially, the conversion process of a prospect to an NHL Player, or NHL player to NHL star, and NHL star to NHL superstar is the same, regardless of current stage. The landscape of NHL Player Development is evolving, largely due to the competitive conditions of the current NHL including the salary cap, the wider spread emergence of teenage impact players, the success of teams committed to building the team around a core group of players through the draft and the pressure of having to develop your own players. Player development is in the process of evolving and our model is at the forefront of that evolution, largely because of it’s ability to effectively and immediately transfer training to quantified performance gains.